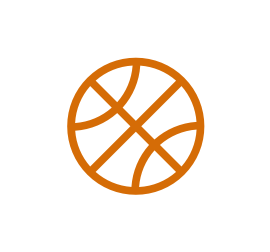 The basketball and futsal courts were made possible thanks to the generous support of MILTON H. KANTOR and Family.

Ziegler Park’s newly renovated basketball courts play host to leagues and clinics, in addition to accommodating pick-up games and recreational play. The courts offer a safe and structured way to stay active while having fun!

The courts have also been outfitted with four futsal goals – one at the base of each east-west facing basketball hoop. Futsal is version of soccer played on a hardscape, featuring two teams of five and a special low-bounce ball that places a premium on pinpoint passing and great ball control skill.